More than two months ago I wrote my last entry in this journal. So it is time to write another piece about my activities in Second Life. But that’s just the problem: I haven’t been participating in any activities for the last two months, too busy with earning €€ IRL 🙁

So I missed Kevin Warwick’s lecture at Uvvy Island on april, 23 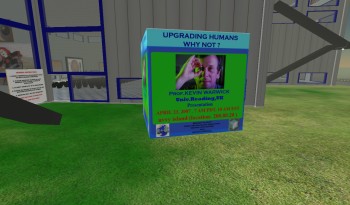 and Anders Sandberg’s Eudoxa lecture on Converging Conitive Enhancement on may 24th.  Too bad.

Today I decided to leave my house and fly around in my neighbourhood, to see what has changed during the last weeks or months.

Behind my house was a Dog Park, but, actually, I had noticed that before, since they terraformed their land in a way that my terrain was also elevated (and hence the floor of my house was under the ground). I had to restore it. 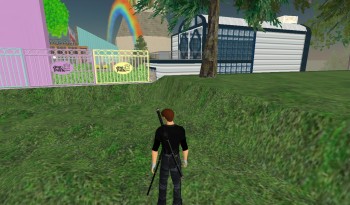 My neighbour Celeste Woonoona had sold her plot of land to a person named Maree Beauchamp. I see him/her almost daily on my visitors list. Now the land is full of trees, and isn’t that what the name “beauchamp” means? 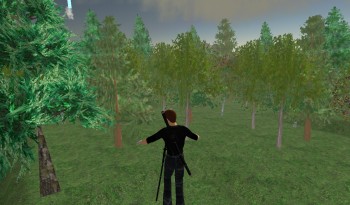 Let’s see what will be made of it.

Now I saw a church-like building decorated with a rainbow: 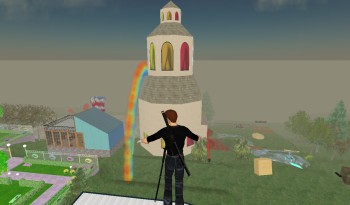 At the entrance it appeared that it was no church: 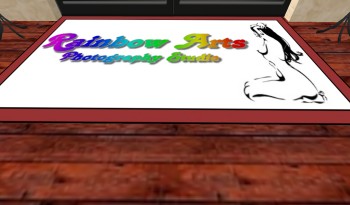 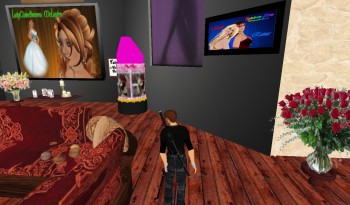 Well, that was it, now back to the capital of capitalism: The Black Sun. There is not much change at the Black Sun, but today I teleported to the World Stock Exchange. I visited it briefly, but I had no intention to trade stocks. (my stocks have slightly lost value since my last buy). But IntLibb and his friends are always expanding, and I found myself in a quite new environment.

First a noticed the World Skate Park – under construction. 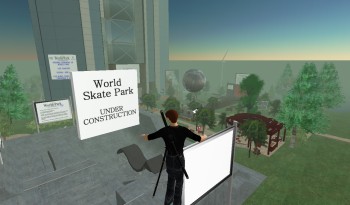 and opposite of it another building simply called “World Centre” 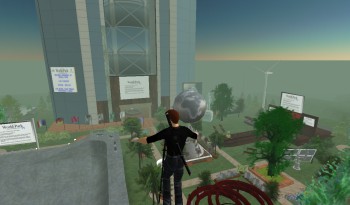 with a statue of the builder Warren Buffet, designed by Charlot Dickins – what’s in a name. 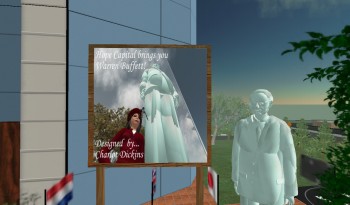 Beauty and Money (or at least Art and Money) go hand in hand in Second Life. Due to it’s good intentions I shall abstain from my aesthetical comments 🙂

I continued my flight and I passed a Night Club 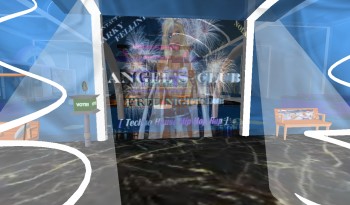 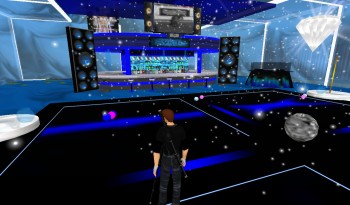 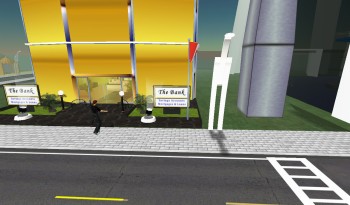 and then, suddenly, the end of the road with a straight edge. 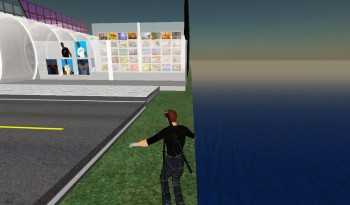 This makes you realize that you are in a virtual world. And, of course, that it is not finished yet, there is so much left to do for smart investors. 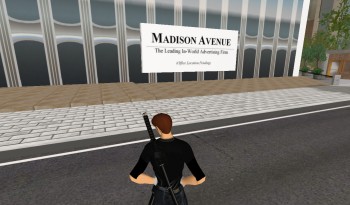 Inside: a lot of space, terrifying empty and the Ayn Randian marks of Capitalism (note that the € has replaced the $-sign). 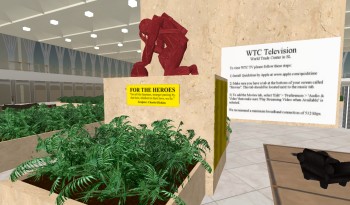 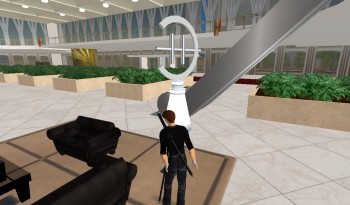 I entered a shop, but this was even uglier than large: 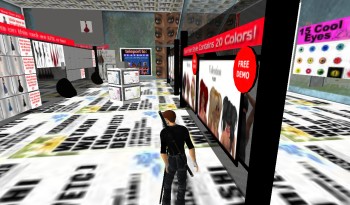 so I followed the path not taken before, and I stumbled upon the “Stephensonian Institute of Metaversology” MMVII. 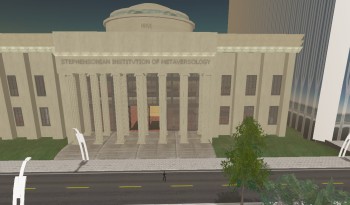 Of course I had to enter it – again: no-one inside. I took a seat and thought:what will be the purpose of this building. 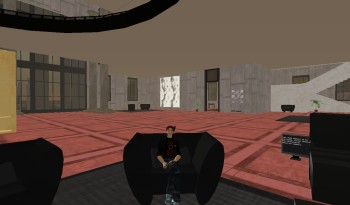 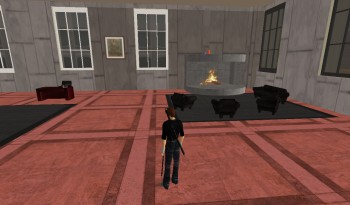 The library: empty, no book on the shelf. (and no shelves either). Of course, it is not finished. And it is beautiful as it is, at least for me.

Impressed I left the building and followed the road, but I was satisfied for now – as always when I have visited a bookshop. The next building was the end. I had no appetite for visiting it or researching it’s purpose. I took a snapshot 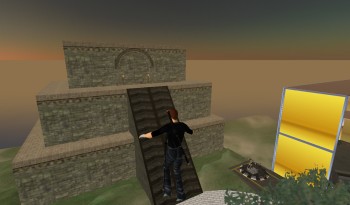 and teleported home.  Oops, I had left the door of my house open. Not that it matters at all: there is nothing to see or steal in my house, except empty space. But it is my house, my home, where I wake up every time I log in with Second Life. There is a keyboard, that doesn’t make any sound and a gnome that counts my – unseen – visitors.

Next week I’ll have to renew my membership for one year. Let’s try to make something more of it.

Posted by kuehleborn on May 28th, 2007 Posted in Metaverse Tagged as: second life