If Hackers ruled we would all speak, or rather type, 13375p34|< – (pronounced: leetspeak) – , the internet-language used by hackers and gamers. Fortunately they don’t, but for those who like wordgames – like me – leetspeak has some interesting possibilities for creativiy.

Before I learned about leet I was forced to use it by my eagerness to claim my name kuehleborn with as much Internet-communities as possible. When signing up with AOL, for example, I found out they didn’t accept my name as a user name, simply because it didn’t contain any numbers. So I signed upÂ as kueh1eborn. However, I don’t like it to see my beautiful name written that way and there are times when I forget signing in with AOL for weeks. LiveJournal also told me my name was already taken by somebody else (Who did that? Who?), so I signed up as kuehleb0rn, using the “0” for an “o”. Again: not something to be very proud of, so my LiveJournal-page sucks. BTW, according to The Dialectizer my name should be spelled: kuuehLeborn. Hm. What about |<(_)3#Â£3802^/ ?

However, Leet is much more alive than I initially thought and now it is the theme of the new Photoshop contest of Worth 1000. 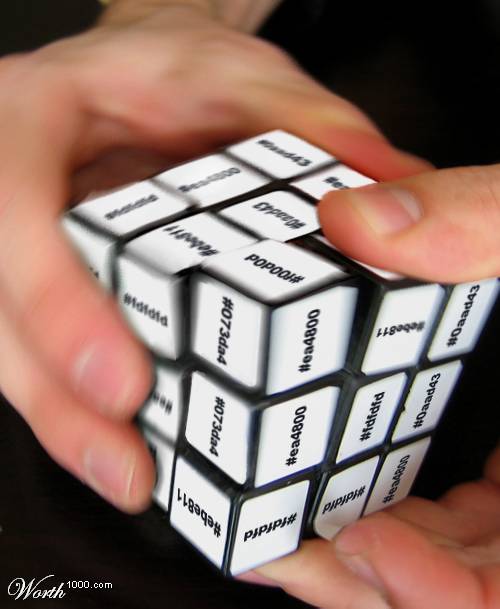 Posted by kuehleborn on May 19th, 2007 Posted in Geeks Tagged as: Geeks