No matter how old you get, if you can keep the desire to be creative, you’re keeping the man-child alive.

This quote, by John Cassavetes, is one I try to keep in mind in my daily life. It’s not that I feel ashamed of my age – I’m 48 now – it’s the simple fact that I don’t want to lose the ability of having plain fun. I like to work, I like to read books and newspapers and I like to study. I love the music of Bach, Mozart and Puccini (and I hate most of the pop-music that’s in the charts now). And: I still like to play – it’s the secret of perpetual youth.

So, while not denying the fact that I’m an adult, I try to find some time to play – which is not easy. It helps that I’m a parent: you can always use your children as an excuse to play child games.

This week Nickelodeon, the Dutch branch of Nick, published a Spongebob Squarepants-game in their magazine. A must-have! So I bought it, ignoring my wife laughing at me. (last year she had to accept that I desperately wanted to buy a Spongebob-mug and a -bowl for my breakfast-cereals).

Fortunately my children were willing to play the game with me: 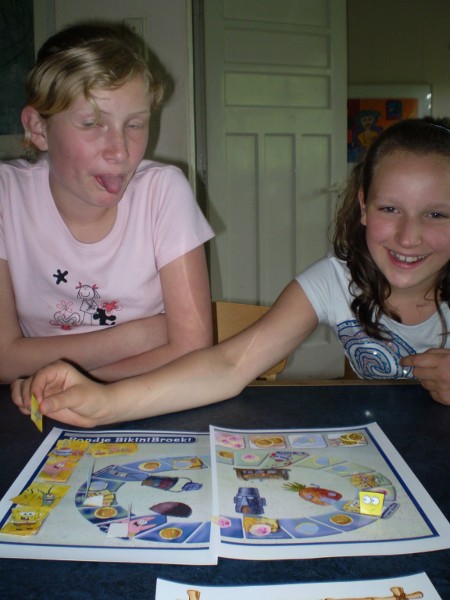 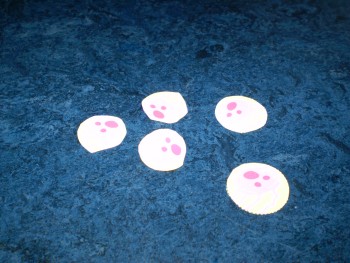 – I was the first to collect my five tokens.

To my relief I found out that I need not to be worried about it. Today I stumbled upon a new word that was apparently coined in  1980: kidulthood.

A kidult is a middle aged person who enjoys being a part of youth culture and doing and/or buying things that are usually thought more suitable for children. The word is a portmanteau of kid and adult.

The term was first used by Jim Ward-Nichols on the campus of Stevens Institute of Technology in Hoboken, NJ in late 1980 and is believed to have first appeared, in print, The New York Times on August 11, 1985 in an article by Peter Martin:

And in the background, on a much less lavish scale, is LBS Communications, which doesn’t own its own stations but provides a lucrative stream of kidult — children, teenager and young adult — programming to independents.

I found the word in an article by Cory Doctorow at BoingBoing, reviewing Christopher Noxon’s “Rejuvenile: Kickball, Cartoons, Cupcakes, and the Reinvention of the American Grown-up.” 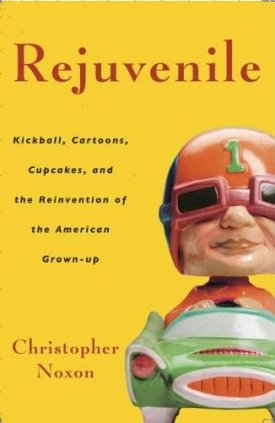 Must be an interesting book, tells me probably more about myself than Freud & Co. So I it’s on my Wishlist now – I do like presents! (I also have a wishlist at ThinkGeek.com). Please throw a glance at the list and admit: I can also be very serious – there are some books on the list that show the adult in me.

Posted by kuehleborn on June 10th, 2007 Posted in Geeks Tagged as: Geeks