As written before: I was up to something new in Second Life. Since the last entry in my journal I logged in regularly (twice a week), but I almost never found what IÂ was looking for. So I took some snapshots and left. The only thing that gave me some pleasure was the gnome I bought 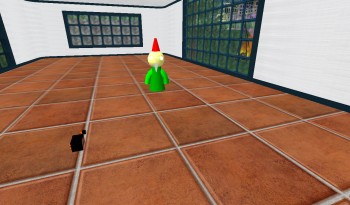 Where? I’m not sure, but it was in a little shop in the neigbourhood of the Black Sun. This gnome tracks all my avators that show up in a circle of 50 square meters of my house. Interesting? Not at all, but the daily list of names in my mailbox is a reminder of my Second Life. Everything changes; The Black Sun is changing rapidly into a sort of conference centre 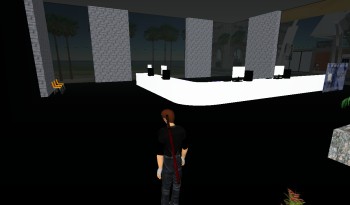 and two weeks ago I spoke to Giulio Perhaps about his plans with Uvvy Island. He told me that in a few weeks I wouldn’t recognize the place at all. 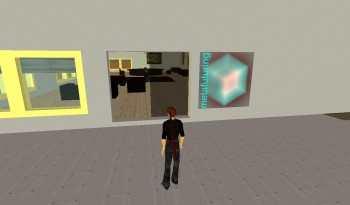 And he was right: tonight I visited the Island, but no traces of the centre of Transhumanism were left. What next? A notification about pi day (3/14; also Albert Einstein’s birthday) popped up in my screen when I logged in. So I visited the science museum at Spoland. It was dedicated to the number Pi. What is Pi? It is that strange number, represented by the Greek character: 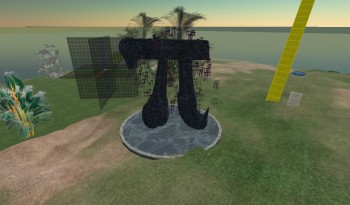 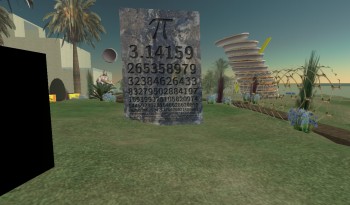 Why bother about Pi? I don’t know, it has something to do with circles: 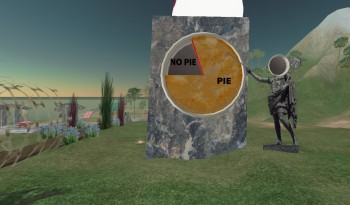 Finally I took a ride in the dome. 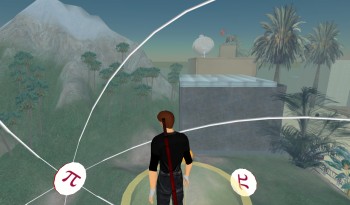 This week Los Angeles Times had a story about Second Life, written by Dan Neil, who lived in the Metaverse for one week.

Of course he visited the wrong places:

If that is what you’re looking for, I agree it is better in First Life. And I doubt it will ever be better in the Metaverse – I think we don’t need sex in the metaverse.

Hm. I admitÂ I have my doubts about Second Life. It is not as exciting yet as I thought it would be. But I still think (or hope) it can be great, someday. Just a matter of time.

Posted by kuehleborn on March 15th, 2007 Posted in Metaverse Tagged as: second life