Surprise! No updates today, so I could make aÂ start without the boring routine of the last two weeks. Because Second Life crashed yesterday (updates are not more stable than earlier versions, unfortunately) I didn’t enter this virtual world at my home, as usual, but at the home of Giulio Prisco, one of my transhumanist friends in 2L. This is theÂ place where the former metaXLR8-buildingÂ was located, but now there is only this small cottage. While looking around to decide in what direction I would walk or fly, a beautiful female avatar came by and, I have to admit it, I was impressed (not to say: a bit in love).Â I flew after her for a while, to see her as long as possible, but I lost her. In her profile I saw that she is a member of “All Saints”, a group that is probably notÂ what it’s name suggests.Â I think however that she was an angel, a messenger. Because, when I found out that I’d lost her and had decided, a bit dissapointed, to turn back,Â I saw why this couldn’t be a coincidence: she had guided me to a sim of the Cathedral Notre Dame de Paris. 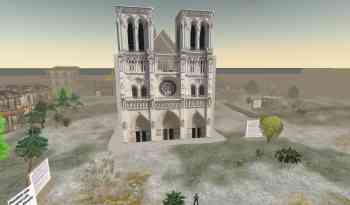 I love churches! I entered theÂ cathedral and, well, I think that inside theÂ edifice a lot has to be done to make a house of prayer of it, but I was astounded. 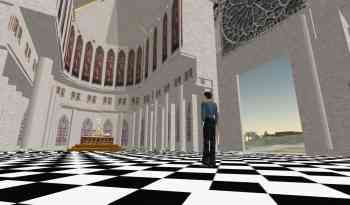 Because I was alone, I could practise a little blasphemy: I played being a priest. So IÂ blessed the congregation: 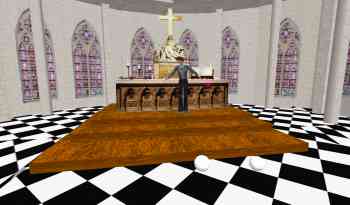 and read the gospel. 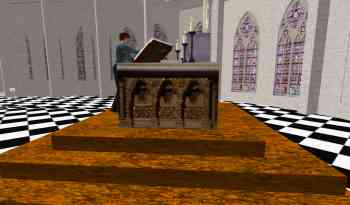 Now it was time to move on, and outside the church I saw another great sim. 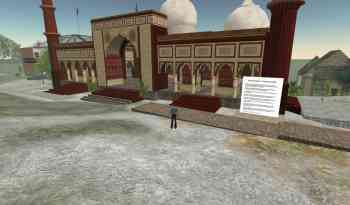 What is it? I’m sure that it exists in 1L, but I can’t recall it’s name. Of course I had to go inside the building and this one was more elaborated inside than the Notre Dame.

Eager to see more IÂ went to a church-like building, built directly at the seashore. It was not possible (at least for me) to find the entrance, so I moved on to the next spot: a buddhist temple: 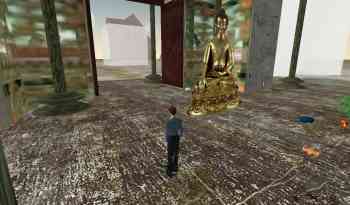 Hey, this one I had seen before, but on another spot. It was the temple I saw at Uvvy island before the Transvision06. Nice to find it here, but, to be honest, I have nothing with buddhism, so I flew to the next building: and there was one of my favourite sims in 2L, lost for so long: the music installation that was also at Uvvy Island. 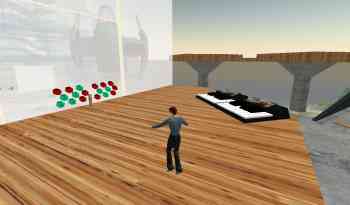 Why had it been replaced? What is the connection between Uvvy Island andÂ this environment, where, I suppose, nobody will be interested?

Fully satisfied I decided to check in the events list if there was a live-concert to visit. And there was, but the quality of the sound was not very good. Well at least I tried 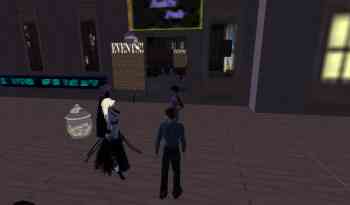 I still had a few minutes to hang around in 2L. Dublin? Why not! The streets were empty, but there must have been a party somewhere, because I heard the sounds of “Long Train Running”. I flew a bit around the sim, but why destroy a good experience? Tonight I’d found more than IÂ had beenÂ looking for and enough is enough. I teleported home and clicked my mouse to the file menu to quit. And so to bed…

Posted by kuehleborn on September 16th, 2006 Posted in Geeks Tagged as: second life